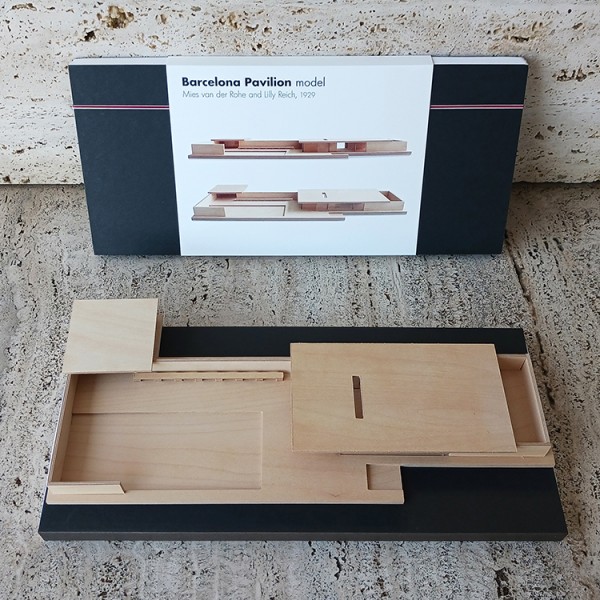 Mies van der Rohe Pavilion "do it yourself" model

The Barcelona Pavilion was designed by Ludwig Mies van der Rohe as the German National Pavilion for the 1929 Barcelona International Exhibition, held in Montjuïc. The building also benefited from the contribution of Lilly Reich, who was also co-responsible for the Pavilion's furniture design.

It is an emblematic work of the Modern Moviment. It has been exhaustively studied and interpreted as well as having inspired the works of several generations of architects. It was built of glass, steel and differents kinds of marble. The Pavilion is an iconic building of Barcelona and 20th century architecture.

Ludwig Mies van der Rohe (1889-1969) is a widely regarded as one of the pioneers of Modern architecture. He transformed 20th century architecture through extreme clarity and simplicity. His mature buildings made use of modern materials such as industrial steel and plate glass to define interior spaces. He strove towards an architecture with a minnimal framework of structural order, balanced against the implied freedom of unobstructed free-flowing open space. He called his buildings "skin and bones" architecture. He sought an objective approach that would guide the creative process of architectural design, but he was always concerned with expressing the spirit of the modern era. He is often associated with his aphorisms, "less is more" and "God is in the details".

Lilly Reich (1885-1947) was an interior and furniture designer, and was Mies van der Rohe's personal and professional partner for 13 years; she designed modern furniture as part of larger architectural commissions, such as the Barcelona Pavilion and the Tugendhat House in Brno. In 1929 she became the artistic director for the German contribution to the Barcelona World Exposition, where Mies van der Rohe designed his world-famous pavilion. This is where the famous Barcelona chair made its first appearance. This pavilion was considered the highlight of their design efforts. In 1932 Lilly was asked by Mies van der Rohe to teach at the Bauhaus and direct the interior design workshop.

A "do it yourself" model made with birch plywood, easy to assemble. This model is handcrafted: some of its pieces might require slight adjustments. Ideal for architecture lovers and Mies van der Rohe admirers. Made in Barcelona by Malevich Garage and Roviras Castelao Arquitectura.

Warning: not for children under 3 years as it contains small pieces which can be swallowed. 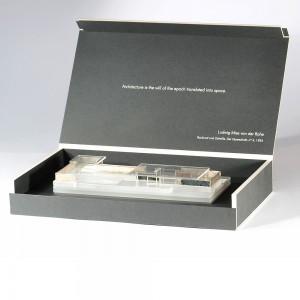 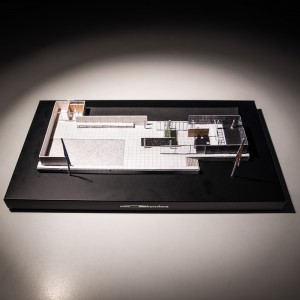 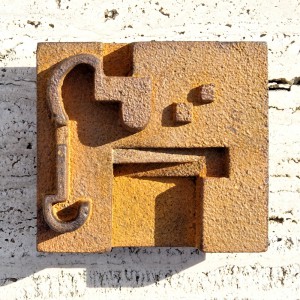